An image taken from a television screen shows an aerial view of the Notre-Dame Cathedral engulfed in flames on April 15, 2019, in the French capital Paris. - A huge fire swept through the roof of the famed Notre-Dame Cathedral in central Paris on April 15, 2019, sending flames and huge clouds of grey smoke billowing into the sky. The flames and smoke plumed from the spire and roof of the gothic cathedral, visited by millions of people a year. A spokesman for the cathedral told AFP that the wooden structure supporting the roof was being gutted by the blaze. (Photo by - / AFP) 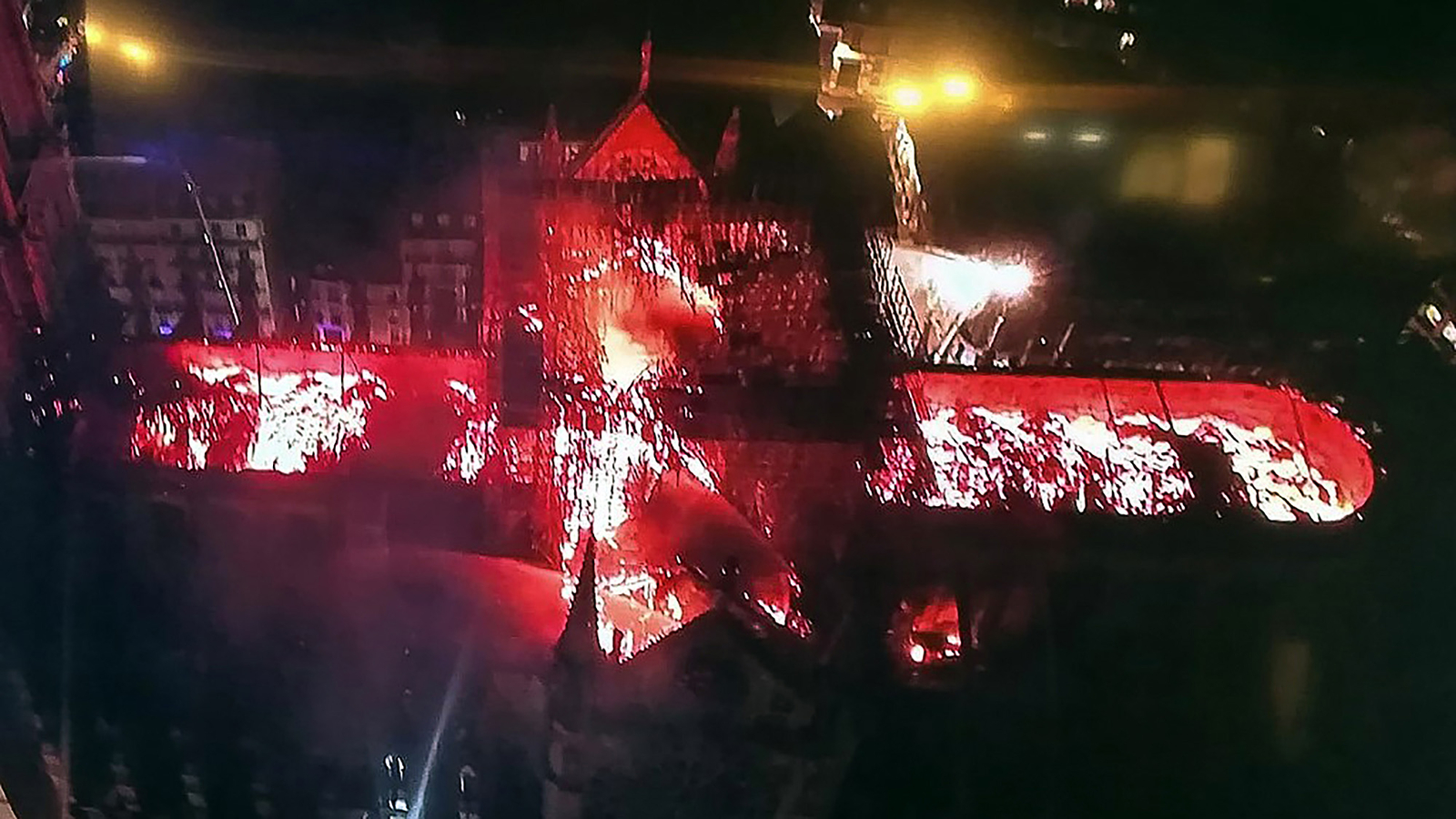